Article from NAFCD attached below on our new Rolled Goods Manipulator 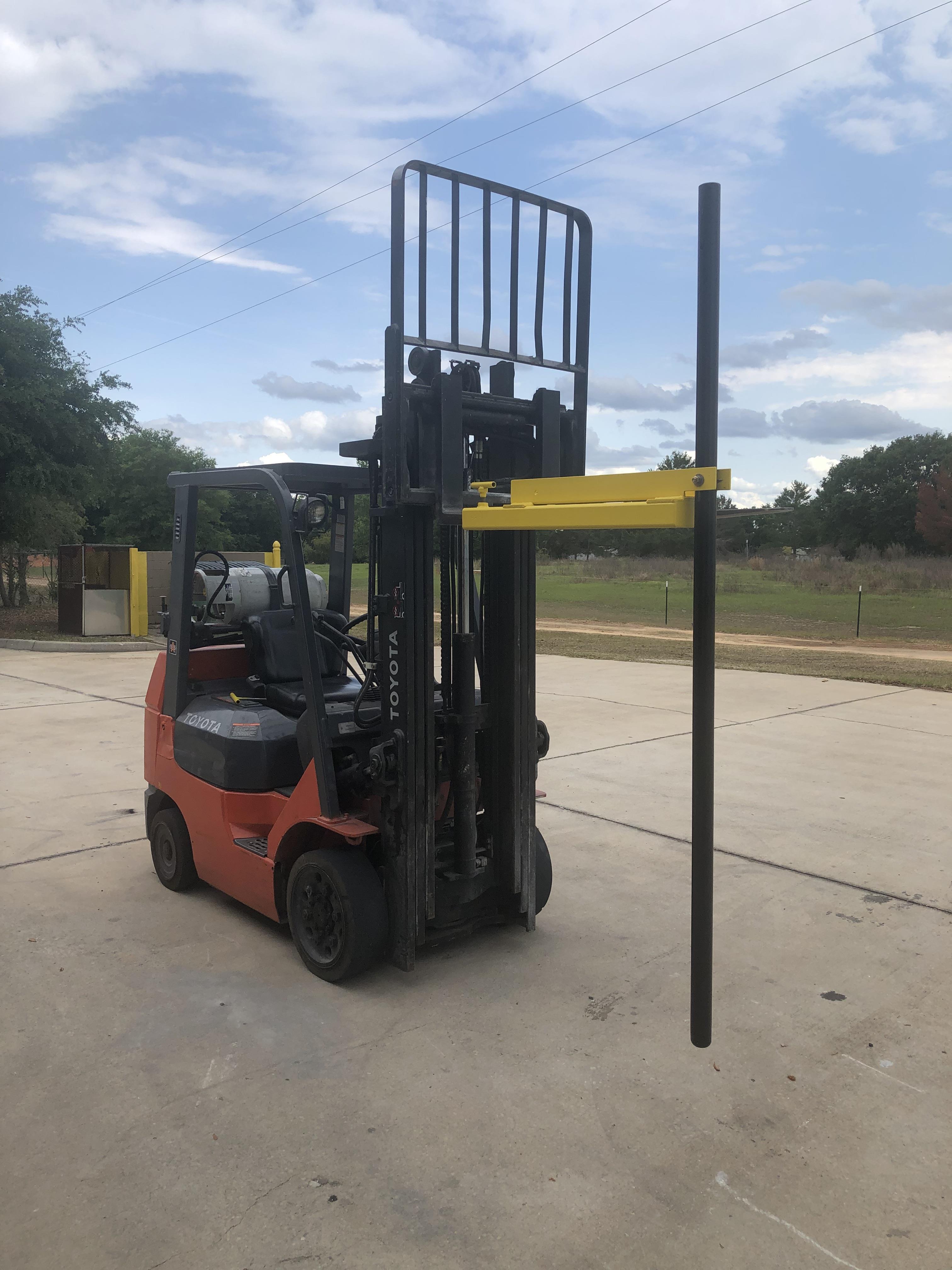 ad Martin didn’t set out to be an inventor.

Co-owner of Absolute Floor Covering, LLC, in Groveland, Fla., Martin was at his warehouse a few months ago when he heard an employee grunting heavily. The employee was trying to put away a large shipment of sheet vinyl that had just come in. He was struggling to put the sheets upright.

“I told him, ‘Stop, you’re going to hurt yourself,” says Martin, who is also an NAFCD member. “I thought, ‘There’s got to be an easier way to do this.’”

So he and the employee went over to their workshop next door, and quickly designed a tool that could be attached to their forklift. And thus the Rolled Goods Manipulator (RGM) was born.

“This seems to be a thing that would be needed,” Martin says. “I said, ‘Okay, maybe there’s an opportunity here.’”

After coming up with an initial prototype, NAFCD member Yorkshore Sales & Marketing agreed to test the RGM. Soon, he was producing more and more of the RGM, and Anchor Floor and Supplies agreed to sell and distribute it.

The RGM is a device that attaches to a forklift, allowing employees to move heavy rolled goods from a horizontal to a vertical position in seconds without having to manually touch the rolls. Martin says it’s easy to install and simple to use, and can greatly reduce injuries in the warehouse, while increasing production.

According to the Department of Labor, more than 2.8 million nonfatal workplace accident were reported by private industry employers in 2017. In manufacturing, the main types of accidents resulted in sprains, strains and tears.

Beyond hurt workers, Martin says his tool can help reduce the cost of damaged materials. He spoke to one of his large flooring distributors, who said they had a $28,000 loss because they did not store a customer order of commercial sheet vinyl in the vertical position, as required by the manufacture, while it was housed in their facility. Millions of dollars a year are lost due to product claims from improper storage.

“What this tool does is it allows one person, who doesn’t even have to touch the vinyl, to move it, lift it up, set it anywhere they want and even load it into a truck,” Martin says. “They won’t damage it, they can let it down slowly and won’t hurt themselves.”

Martin has filed a patent for the RGM, and is now selling his new invention independently.

He says he’s happy he found a way to help flooring distributors and flooring companies move more efficiently and safely in their warehouses, while keeping their employees safe from injuries.

“They say necessity is the mother of all inventions, and that’s exactly the case,” he says. “I wasn’t looking to make something to sell, I was looking to make work easier for my employees. It was a fun project.”

The RGM will be on display at the Performance Warehouse Solutions booth at the NAFCD convention in November.